Popcorn Hour A-300 has arrived

I just received a Popcorn Hour A-300 streamer to try in the home theater. From Hong Kong to Pennsylvania in 3.5 days. DHL was moving! The primary use will be to stream Bluray .ISO files via HDMI with full HD sound pass thru. I will also use it for streaming multichannel FLAC files from a server. This little box is all metal and appears well built. One thing I did discover that is a little discouraging is that at idle the A-300 consumes about 8 watts. Powered off or standby, it also consumes 8 watts! It is astounding that in this day and age some engineers think kilowatt hours grow on trees. I still have lots of testing and setup before I put the A-300 in the theater but for the most part I like what I see. 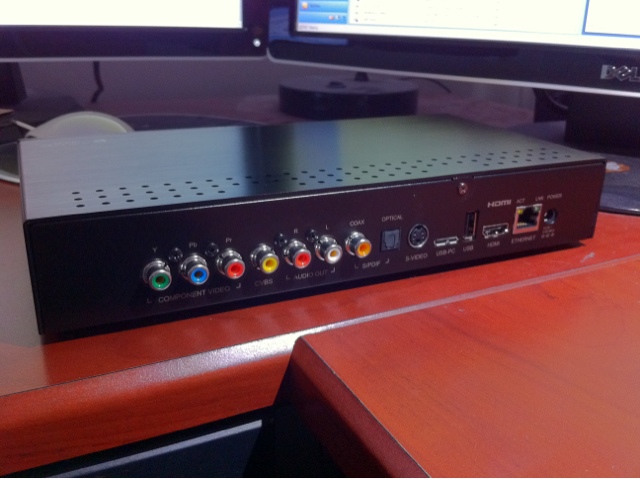 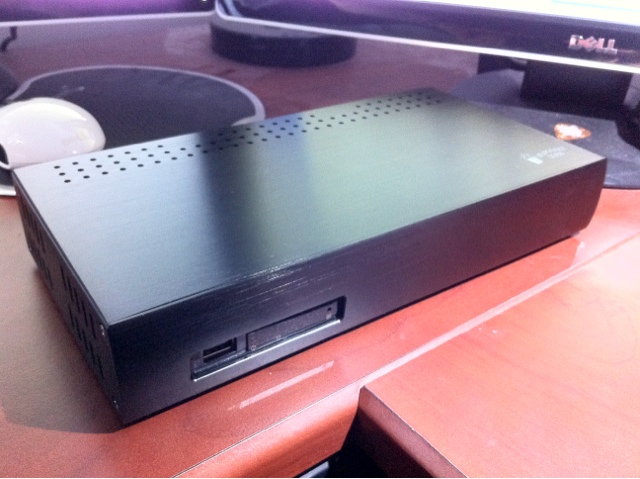 Great explanation of how speaker ports work, taken from the link above.

"The resonance of a vented box is caused by two factors. The first factor is that air in an enclosed space behaves like a spring. Anyone who has played with a beach ball, sat on an air mattress, or pressed on a balloon will realize that after pressing against an air-filled object, the object will spring back to its original shape. Ultimately, the air molecules want to remain a certain distance apart, and when you temporarily squeeze them together, or pull them apart, they will quickly return to their preferred spacing. The air inside a vented enclosure behaves similarly to you sitting on an air mattress; it acts as a spring pressing against the driver's cone, and also pressing against the air in the loudspeaker port.

The loudspeaker driver exerts force on one end of the spring, and the spring in turn exerts force on the air in the port, which brings us to our second factor that sets the resonance of a vented box. The port air is confined by the port walls and moves primarily as one big "slug" of air. This volume of air moves in and out of the port as it is pushed and pulled upon by the spring. The larger the volume of air in the port, the heavier it is. A heavy slug of air changes direction more slowly, from moving into the box to moving out of the box, when the spring pushes on it. A lighter slug of air can change direction more quickly.

New projector for the system

I picked up a new projector. A JVC RS40, B-stock from AVScience store for $1779. This is going to be a huge improvement! JVC's LcoS implementation (D-ILA) operates much like a 3-chip DLP only instead of mirrors it uses liquid crystals over a mirror substrate. A great explaination of LcoS is HERE. 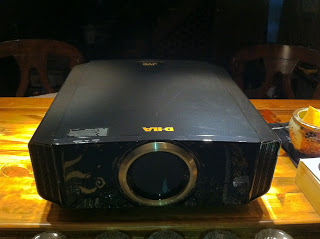 Posted by Vinculum at 9:27 PM No comments: